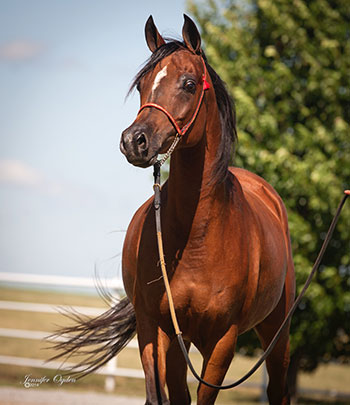 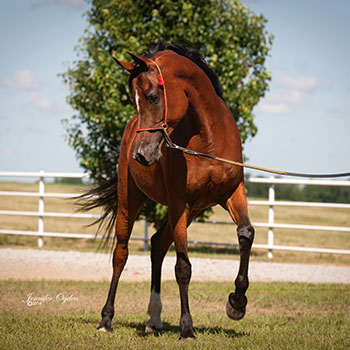 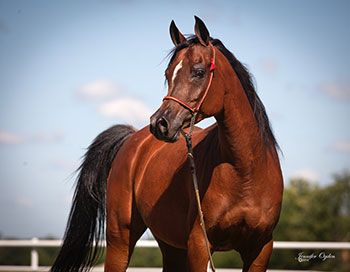 
Gatsbys Grace is a very pretty mare with a very smooth body and topline and has correct feet and legs and has a highly sought after tail female line she is El Dahma and Al Khamsa. She is a great mother, who produces beautiful foals and has a wonderful personality and very easy to breed.

This mare is straight Egyptian and has and an impressive pedigree as well as the black gene in her pedigree .